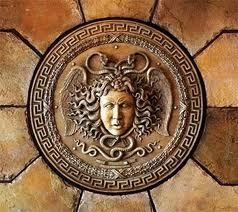 AEGIS was born in 1947, in the wake of the Roswell, NM incident. Though it has been known by a variety of names over the last seven decades, the AEGIS remains the United States main defense against alien invasion.

AEGIS' mission is to investigate and combat the threat posed to mankind by alien and supernatural forces. Operatives are authorized to employ all means necessary to accomplish this goal. Bloodshed is to be minimized for obvious security reasons, and innocents are to be protected whenever such actions do not compromise the security of AEGIS agents or the accomplishment of its goals.

AEGIS operatives should not, however, be considered as knights errant, traveling about righting wrongs and rescuing noncombatants in distress. AEGIS agents do what must be done to battle a relentless, overwhelming, and nearly incomprehensible enemy. People die in war, and if a non-combatant must be sacrificed to save a soldier, so be it. There are times when operatives must place themselves in danger, but no soldier should be endangered unless absolutely necessary. Talented and experienced AEGIS personnel are precious and difficult to replace.

Spycraft: Agents of the AEGIS AaronSheffield

Spycraft: Agents of the AEGIS Comments

I'm sorry, but we no longer support this web browser. Please upgrade your browser or install Chrome or Firefox to enjoy the full functionality of this site.